The Political Office of the CPMR network in Kotka, Finland met on 17 June 2016. CPMR is the network organization for Peripheral Maritme Regions of Europe. Including all the Netherlands coastal provinces ±150 regions are members. On behalf of the Netherlands coastal provinces, Rogier van der Sande, Regional Minister, took on the role of vice president for energy and climate.

Clever and effective use of European transport funds.

During the talks in Finland, the combined efforts regarding  the cohesion policy and the commitment of the European transport networks were discussed. Information and knowledge regarding the strengthening of the maritime economy was also shared. Regional Minister Van der Sande put forward the Netherland’s positions regarding these issues and proceeded with the sessions about transport. During this session, the Finnish European Union MP, Virkkunen, supported the Dutch standpoint to use the European transport funds cleverly and effectively on routes that best contribute to interconnectivity. 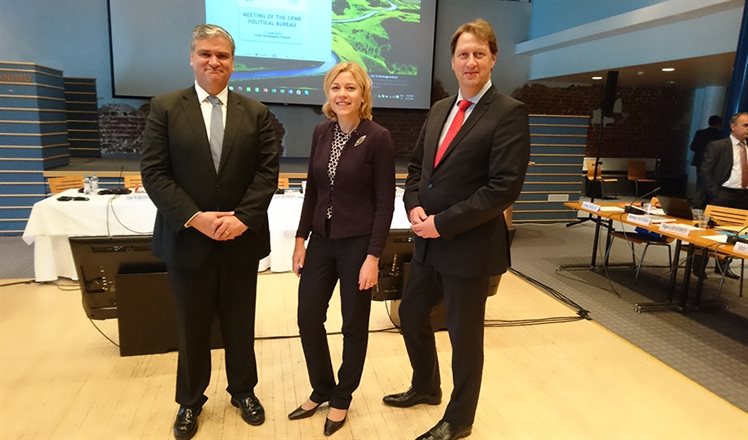